What is Asbestos Encapsulation?

Asbestos abatement refers to the different methods that are used to lessen the dangers and hazards posed by materials containing asbestos. These methods include encapsulation, enclosure, repair and maintenance.

In its bonded form, asbestos containing materials (ACMs) are considered relatively stable. However, they can pose a health risk in the case of weathering, age or disturbance. In this case, asbestos fibres have a much greater likelihood of becoming airborne.

A common area of concern is asbestos roofing, which due to its exposed nature can experience substantial weathering over time. Anything built before 2000 may contain asbestos materials. Often asbestos encapsultation is performed before roof spraying or repainting.

How is asbestos encapsulation done?

Before undertaking any new project, it is paramount that a thorough assessment is conducted by experts to determine the presence of asbestos. Asbestos encapsulation involves the spray application of a specially formulated primer and membrane coating. This seals in the asbestos fibres, maintaining the integrity of the surface and eliminating the expense, risk and labour-intensive removal of asbestos – a potential hazard to the environment and adjoining properties.

When is encapsulation not a viable option?

Asbestos encapsulation is not a viable option for asbestos containing materials that are beginning to crumble and deteriorate. Applying the sealant on the material can only make the asbestos loose and facilitate the release of the fibres into the air. Using a penetrating sealant may also make it difficult to remove the asbestos containing material, should you decide upon that later in the future. Additionally, the encapsulate should be checked and inspected from time to time as it may deteriorate over time.

Why opt for asbestos encapsulation?

While asbestos removal may seem like the obvious choice for dealing with asbestos, it’s often complicated, expensive and can result in extensive downtime. In contrast, asbestos encapsulation within a seamless, protective coating is possibly the safest and most cost-effective method of asbestos management. It involves relatively little disturbance of the asbestos, therefore minimising risk.

While many people’s instinct might be to remove asbestos, it’s worth remembering that it’s not necessarily the safest method. Providing the asbestos is deemed to be in good condition, taking the route of asbestos encapsulation is a highly effective, more affordable way of managing asbestos, not to mention, less hazardous and more efficient. 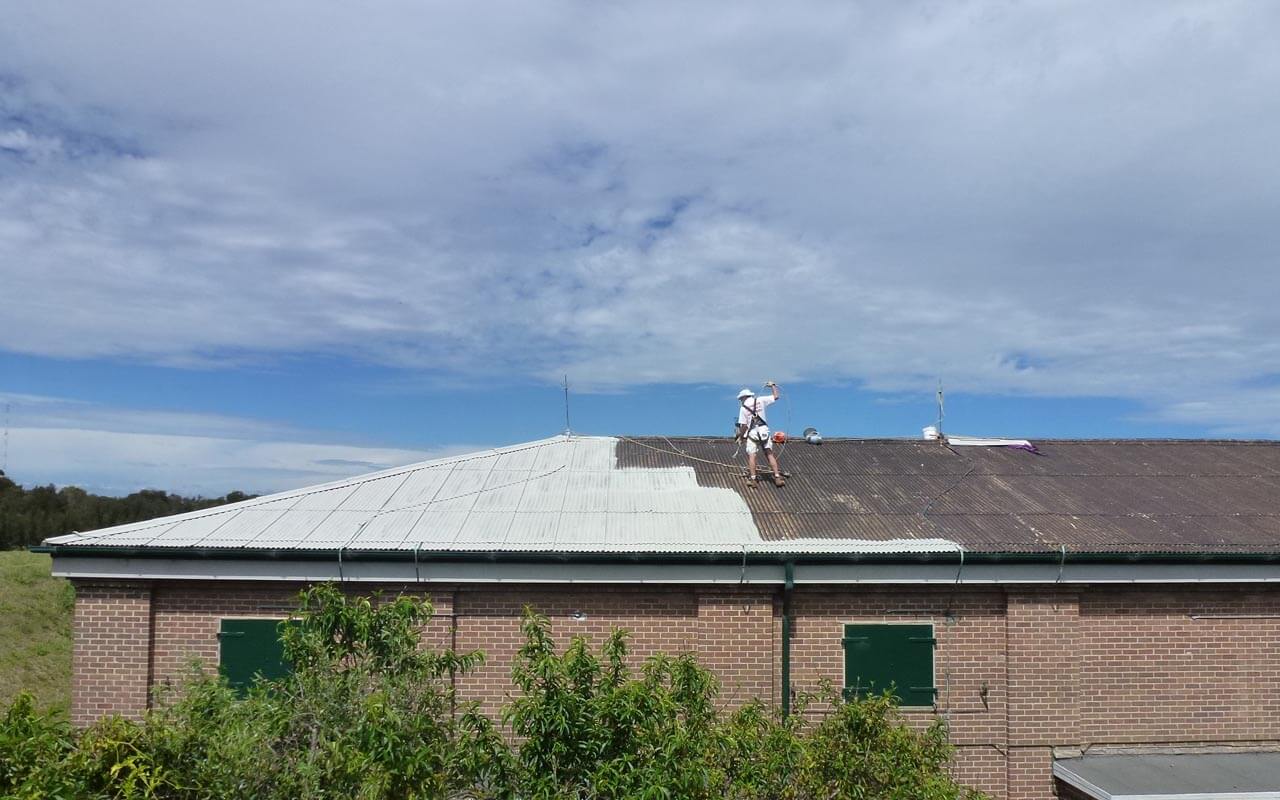 Sydney Olympic Park Authority engaged 3 Colours to undertake asbestos encapsulation of roofing atop the historic Armory Buildings in the heritage-listed Olympic Park precinct. Over time, the asbestos cement sheeting in the roofing had undergone weathering and was at risk of releasing asbestos fibres in to the environment.

3 Colours undertook a process of asbestos cement roof sheeting encapsulation, which prevents the release of asbestos dust and fibres and effectively improves the performance and integrity of the roof. The work was completed successfully and the asbestos is now safely contained so it can not become airborne and pose a health threat to visitors to the park or workers in the precinct.

Get A Quote
Call Enquire